Now in InteractiveComplexHeatmap, there is a new function is_in_sub_heatmap() which tells whether the current environment is in main heatmap or in the sub heatmap. This function can be used inside cell_fun/layer_fun so that users can decide which graphics are only drawn for sub-heatmaps.

In the following example, I defined a cell_fun which draws cells as round rectangles, and only in the sub-heatmap, the values in the matrix are added as text labels. 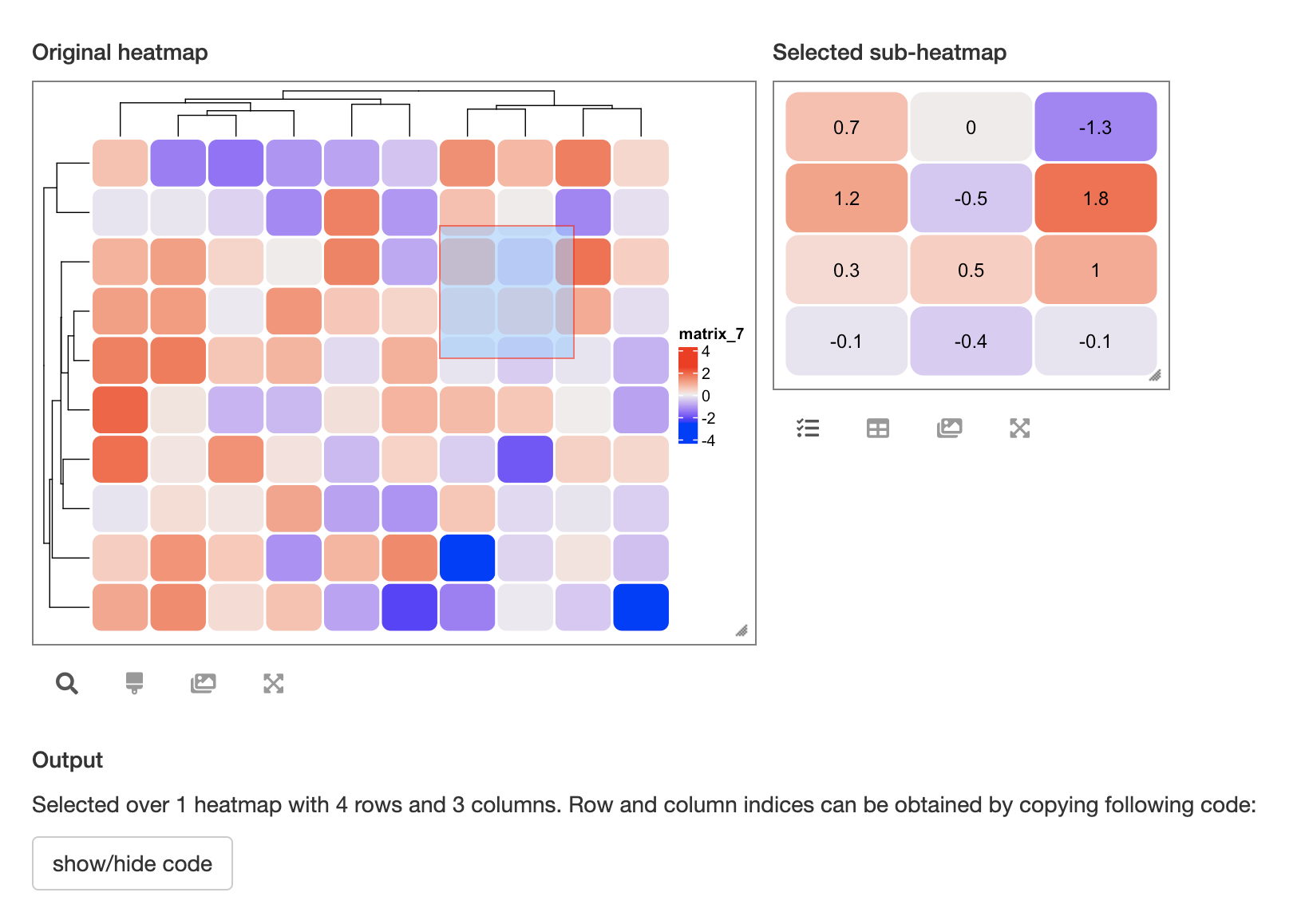