The cowplot package is used to combine multiple plots into a single figure. In most cases, ComplexHeatmap works perfectly with cowplot, but there are some cases that need special attention.

Also there are some other packages that combine multiple plots, such as multipanelfigure, but I think the mechanism behind is the same.

In following I demonstrate a case with using the anno_zoom(). Here the example is from the simplifyEnrichment package and the plot shows a GO similarity heatmap with word cloud annotation showing the major biological functions in each group.

You don’t need to really understand the following code. The ht_clusters() function basically draws a heatmap with Heatmap() and add the word cloud annotation by anno_zoom(). 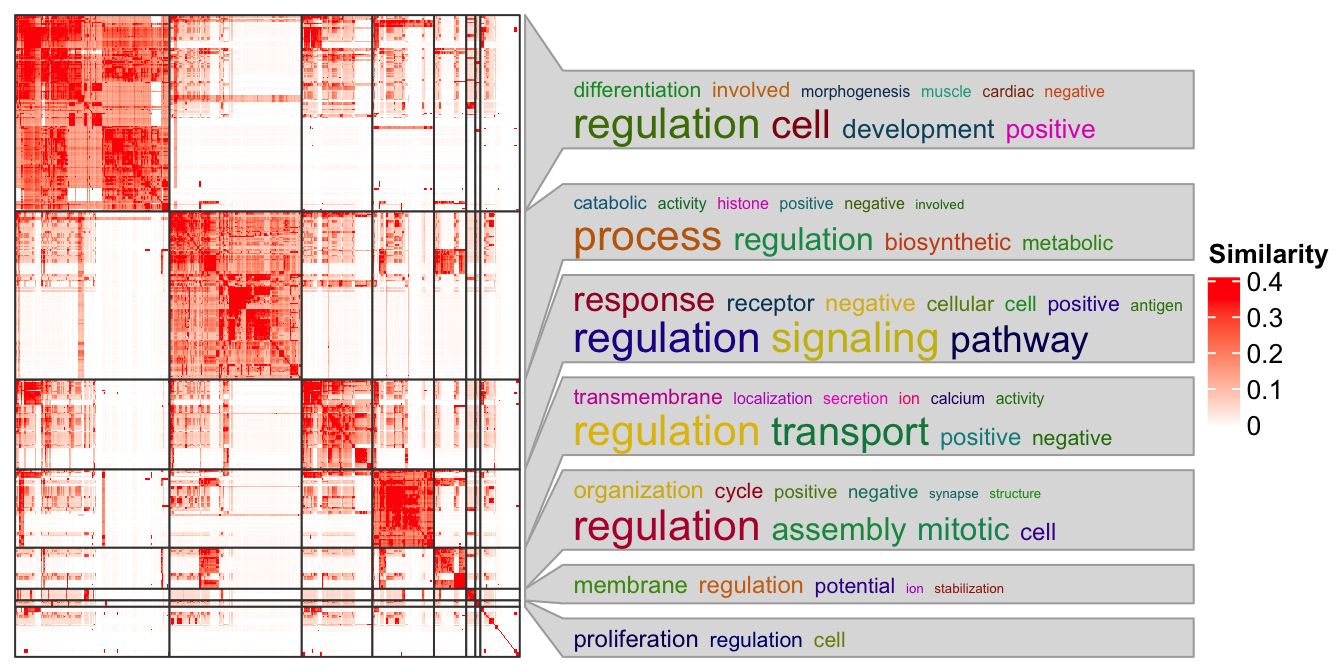 Next we put this heatmap as a sub-figure with cowplot. To integrate with cowplot, the heatmap should be captured by grid::grid.grabExpr() as a complex grob object. Note here you need to use draw() function to draw the heatmap explicitly. 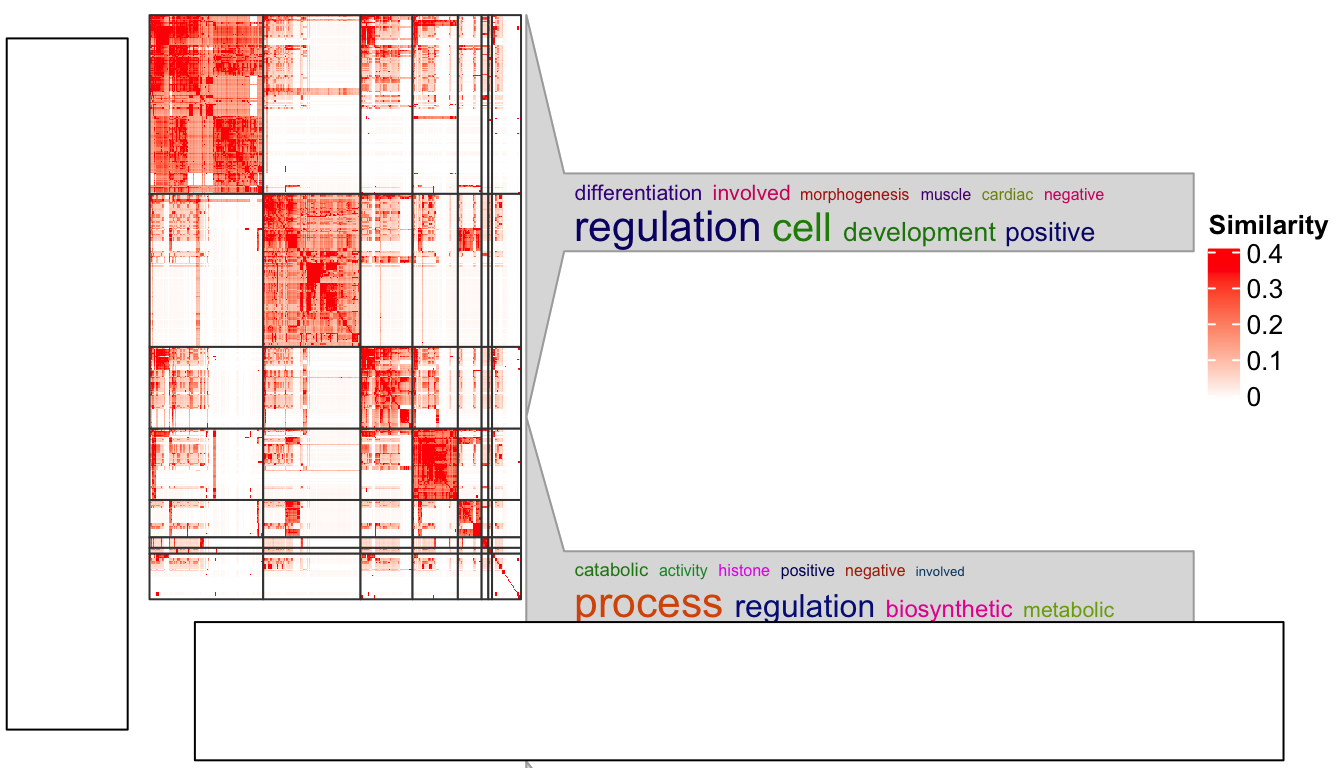 There are some details that should be noted for grid.grabExpr() function. It actually opens an invisible graphics device (by pdf(NULL)) with a default size 7x7 inches. Thus, for this line:

On the other hand, if “a simple heatmap” is captured by grid.grabExpr(), e.g.:

when p2 is put back, everything will work fine because now all the heatmap elements are not dependent on the device size and the positions will be automatically adjusted to the new space.

This effect can also be observed by plotting the heatmap in the interactive graphics device and resizing the window by dragging it.

The solution is rather simple. Since the reason for this inconsistency is the different space between where it is captured and where it is drawn, we only need to capture the heatmap under the device with the same size as where it is going to be put. 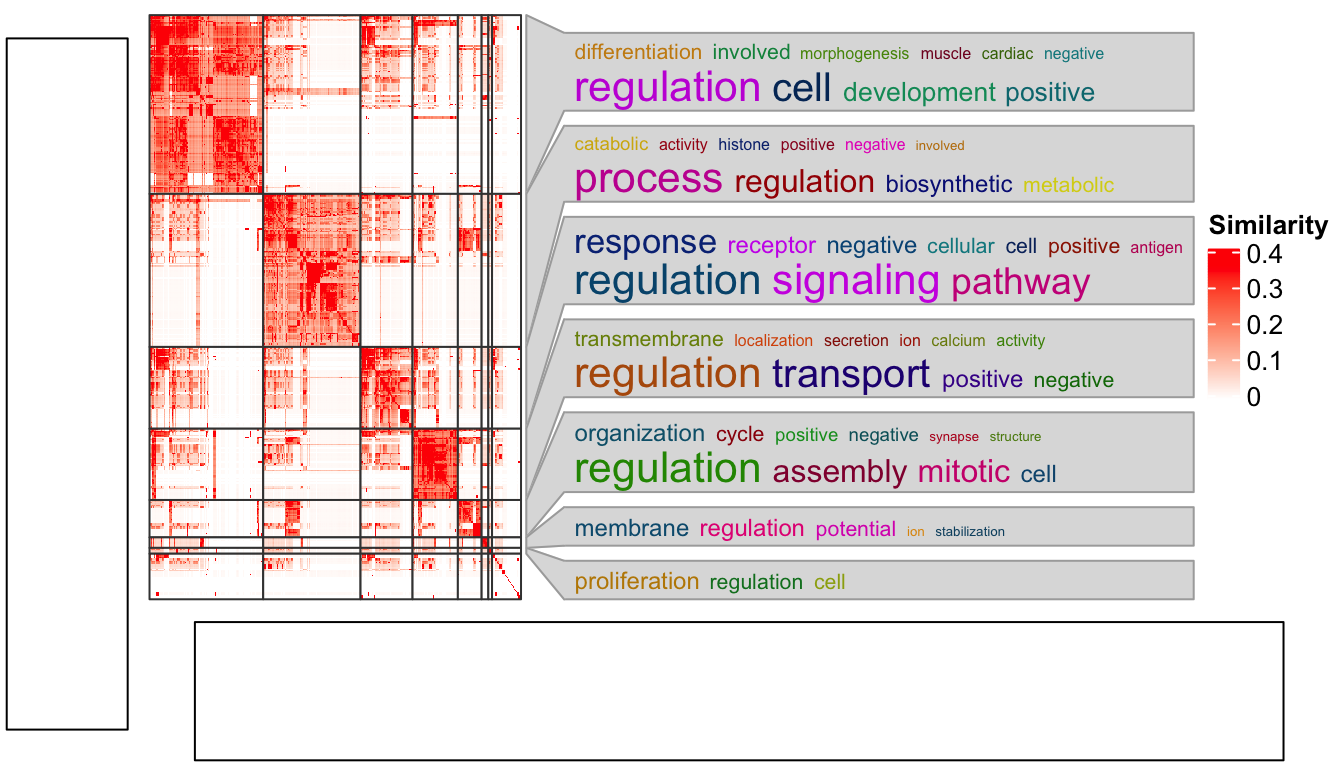 Now everthing is back to normal!